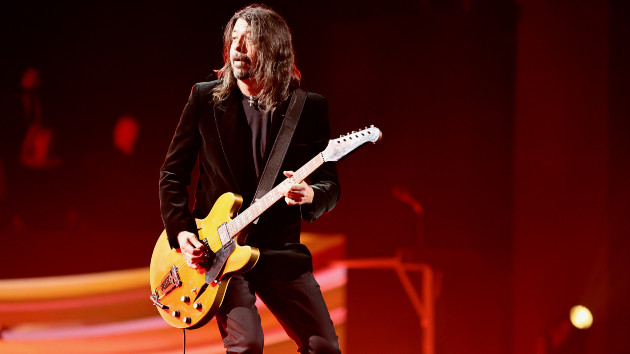 In an interview with Consequence last year, KISS‘ Paul Stanley shared that he wanted to collaborate with Dave Grohl. Speaking now with ABC Audio, Stanley explains what interests him about working with the Foo Fighters frontman.

“It’s so fascinating to see somebody who his first brush with fame was to be the drummer in a band [Nirvana] that arguably he has eclipsed as the frontman,” Stanley says. “He’s a fascinating and very, very bright guy.”

Beyond being members of gigantic bands, Grohl and Stanley have another connection outside of the rock world.

“Our kids went to the same school,” Stanley says. “So drop-off in the morning meant seeing Dave and few other people.”

As for the status of a potential Stanley/Grohl collab — Stanley’s original comments came before the unexpected death of Foo drummer Taylor Hawkins last March — that’s still up in the air, but the Starchild remains optimistic.

“I would think at some point we’ll do something,” Stanley says. “It’s more, like, ‘Gee, that would be fun."”

“We’re both busy, and there’s a mutual respect,” he adds. “Whatever happens beyond that is up for grabs.”

Grohl, meanwhile, is preparing to take Foo Fighters out on the road again for the first time since Hawkins’ death. The group is confirmed to headline this year’s Bonnaroo, Boston Calling and Sonic Temple festivals.

Paul McCartney & Brian May among the latest tributes to Jeff Beck