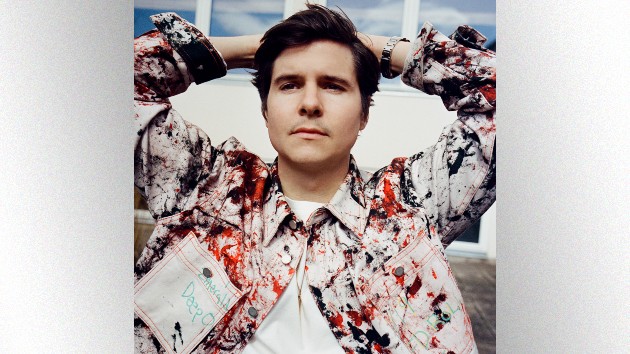 Lukas Graham is adding another color to his musical rainbow.

The Danish singer has announced the release of his new album 4 (The Pink Album). It follows 3 (The Purple Album) and his self-titled second release, also known as the Blue Album.  All the albums feature the same artwork — an image of a 1992 painting called The Lady with the Bottles — but in different colors.

The album features guest appearances by G-Eazy, country star Mickey Guyton and Khalid. Lukas has just released a video for the Khalid collaboration, “Wish You Were Here,” which was co-written and produced by Ryan Tedder.

“When I watch the video to ‘Wish You Were Here,’ the lyrics magnify and reverberate inside my heart,” Lukas says in the video’s comments. “Missing the ones I love the most is a terrible feeling, [but] luckily I get to see most of them again. I love the way the visual captures the vast loneliness of the lyrics.”

As for the album, it was written following his 2020 decision to get sober and focus on his family: He and his wife have two daughters.  In a statement, the “7 Years” singer says the album is “pure self-reflection,” adding, “I’m not saying I’ll never have a drink ever again, but I went clean. It had gotten to the point of self-medicating, so I stopped.”

“Over the past couple of years, it became fun to write songs again, go to rehearsal, and work with music,” he adds. “I embraced the art of it. I’m not trying to be a professional anymore, because all I want to do is be a happy amateur.”