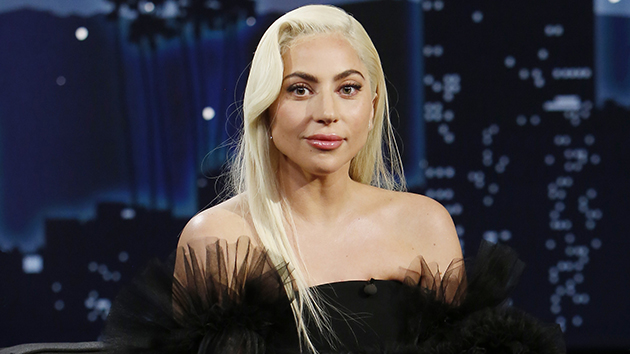 Netflix has gone and done it again, sparking interest in an obscure song thanks to one of their series.

Just as Stranger Things did with Kate Bush‘s “Running Up That Hill (A Deal With God),” Netflix’s Wednesday inadvertently turned Lady Gaga‘s 2011 song “Bloody Mary” into a viral hit.

How did this happen?

﻿Wednesday﻿, which stars Jenna Ortega as the beloved Addams Family character, featured a viral scene where she dances very strangely to The Cramps‘ “Goo Goo Muck.” TikTokers became enamored by Ortega’s peculiar dance moves and began making videos of it, but they chose to soundtrack it to a sped-up version of Gaga’s “Bloody Mary.”

The official ﻿Wednesday﻿ Twitter account took notice of the brewing viral trend and tweeted, “I see you doing my dance moves to @LadyGaga’s Bloody Mary. I understand she is followed by little monsters. I approve.”

It wasn’t long before Gaga caught wind of the shout out and wrote back, “Slay Wednesday! You’re welcome at Haus of Gaga anytime (and bring Thing with you, we love paws around here).”

The situation continued to boil and bubble with TikTok and Netflix’s official Twitter accounts also jumping in on the fun.

“Mom has spoken,” TikTok declared while Netflix hyperventilated, “I’M SCREAMING (just how Wednesday likes it).” Funnily enough, TikTok responded to their comment with, “the girls that get it, get it.”

Fans are now hoping they will soon see Gaga dancing up a storm with Jenna Ortega — or even scoring a cameo in the popular Netflix series.

The Kid LAROI announces Bleed For You college campus tour

“She was super chill”: Nick Jonas was impressed by how his daughter behaved at Walk of Fame ceremony