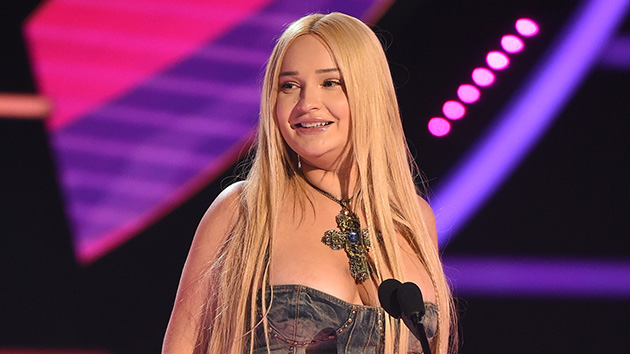 Kim Petras is still reeling after her and Sam Smith‘s “Unholy” topped the Billboard charts and earned a Grammy nod.

“There was a lot of crying,” Petras told Variety of how they reacted to the good news. The singer, who is a trans woman, explained why the song’s success was vindicating to her.

Prior to partnering with Sam, Petras recalled, “Executives would say, ‘You make gay club music, you’re niche and we don’t know how to market you."” After collaborating with the British superstar, Petras admitted she didn’t expect how the public’s reaction would change her life.

“I’ve been doing this for years, and I’ve never had that kind of mass appeal,” she said. “Sam really believed in the song from the start and fought for it.”

“Unholy” immediately resonated with listeners, and Petras is still digesting the warm reception. “It was my first Hot 100 entry and it went to No. 1, which is crazy. It really made me proud of all the work that it took to get to that point and all the years performing at clubs and hustling,” she expressed.

There was another positive development to come from the song’s success, which she said is, “It proved to a lot of people that if you make good music, it doesn’t matter what your gender identity is.”

“I hope that I’m opening the doors for new artists,” she continued, adding transgender artist Sophie inspired her. Sophie, an experimental pop artist, passed away in 2021 from an accidental fall.

“I feel like I’m carrying the torch for everyone that came before me,” Petreas said of where she sees herself now in the music industry. She added that “it feels really beautiful and amazing that I get to do that.”

“This definitely feels like a form of bullying”: Britney Spears calls out Alyssa Milano’s tweet about her