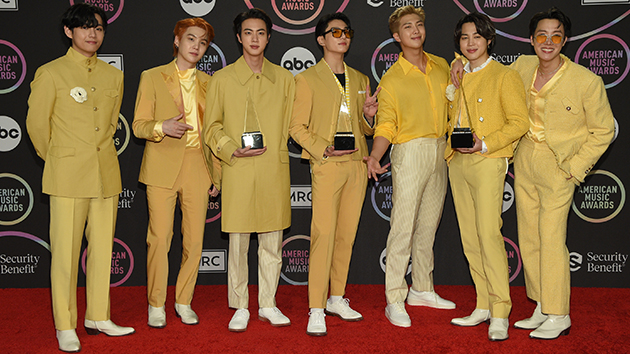 The members of BTS may be busy working on their solo ventures, but that isn’t stopping them from coming together for an all new docu-series about their rise to fame.

The septet will release ﻿BTS Monuments: Beyond the Star seemingly on the Disney+ Singapore streaming service, which dropped a teaser trailer on Twitter Wednesday. “It’s time for the second chapter. Chart the incredible journey of pop icons BTS in the new docu-series BTS MONUMENTS: BEYOND THE STAR,” the caption reads.

The documentary will feature stories from BTS’ childhood and journey to international superstardom. They also teased that the docuseries “shares candid stories that have never been told.”

No information was provided on when the series will begin streaming. The tweet also claimed the series is exclusive to Disney+ Singapore. Disney is the parent company of ABC News.

In other BTS news, the singers released a new episode of their other series, Run BTS. The 40-minute episode, which is on YouTube, features the boys testing out absurd new toys, including a pooping flamingo that loudly announces it went to the bathroom.

The septet also determined the cutest animal in the world and which superpowers are the most useless via a bracket-like voting contest. The group determined being able to rewind time by just seven seconds is the dumbest power to have while the baby fox is the world’s cutest animal.